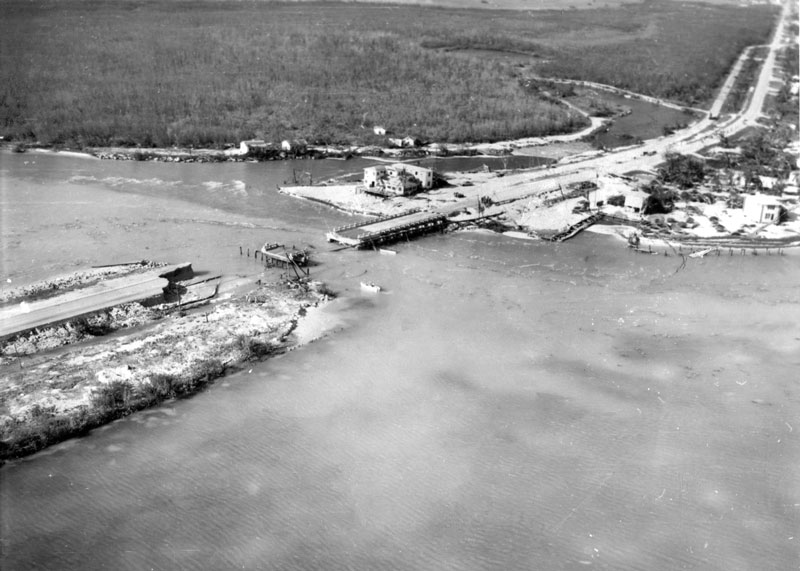 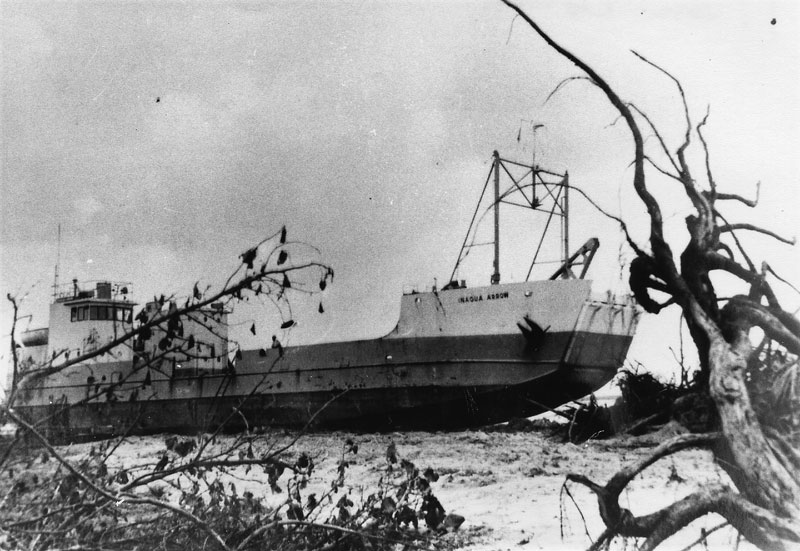 Donna reached hurricane status on September 1, 1960 and terrorized the Atlantic for 17 days. The storm crossed the Keys as a Category 4 hurricane with sustained winds of 140 mph and delivered up to 13 feet of tidal surge. The devastated Keys were left without running water after the pipeline was broken in five places. Bridges, too, were wrecked, and sections of roadway washed out. Referred to as “Deadly Donna” in newspaper headlines, the storm was responsible for 50 deaths in the United States and another 114 on the islands, 107 of those on Puerto Rico. In Florida, 12 deaths were attributed to the storm: six by drowning, four heart attacks, one fatal car accident, and one electrocution.

The 150-foot tanker Inagua Arrow, attempting to navigate the Florida Straits when Donna struck, had taken on seawater for ballast in hopes of riding out the storm at sea. High winds and heavy swells pushed the vessel over the reef line and on to the property of Plantation Key resident Charles Dean. On Windley Key, six people sought refuge within and rode the storm out inside the ornamental lighthouse tower that once stood in front of the Chesapeake Seafood House and is today the location of the Whale Harbor restaurant and marina complex. 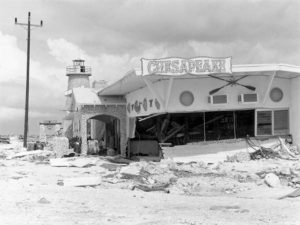