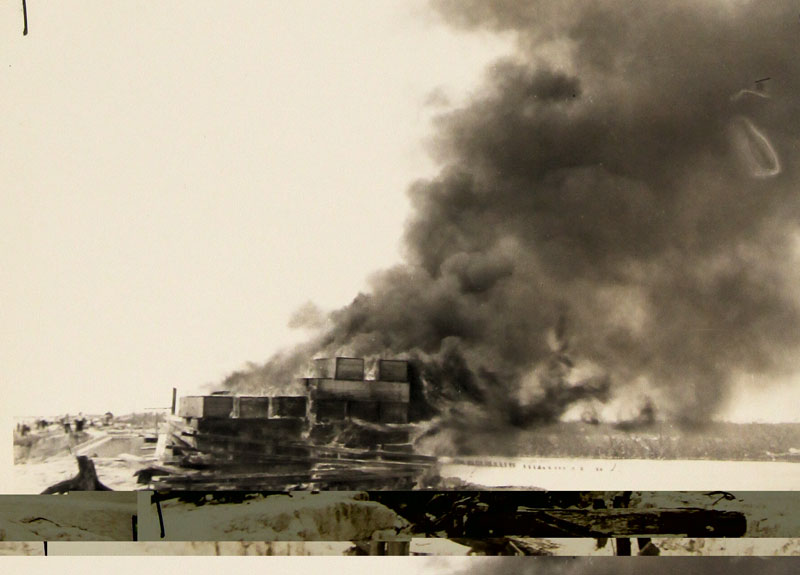 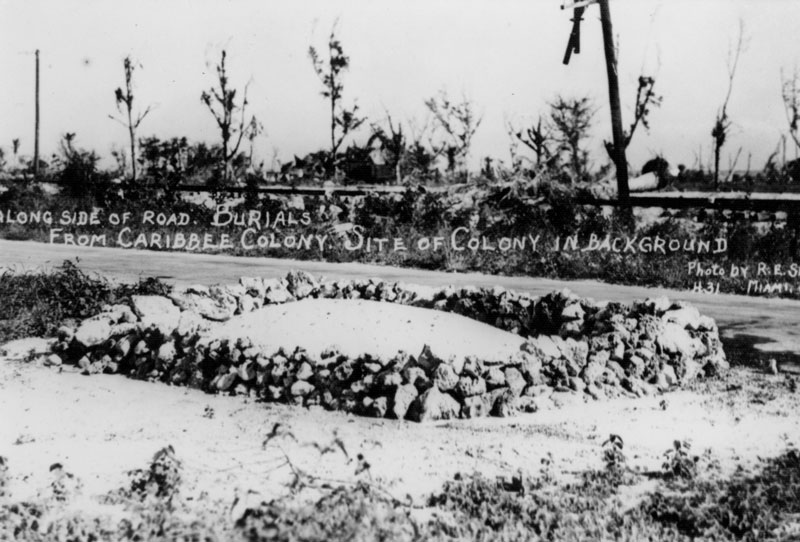 In the days following the storm, hundreds of bodies were recovered and laid along the edges of the devastated stretch of islands. September 6, four days after the storm, Florida Governor David Scholtz ordered the cremation of the victims’ bodies begin in an effort to help prevent the spread of disease.

Twenty-four cremation sites were utilized between Plantation Key and Lower Matecumbe. Pyres were constructed with wooden coffins, stacked one atop another, doused with diesel fuel, and set aflame. When the Florida Keys Memorial was completed in 1937, recovered materials from the cremation sites were removed and placed within the crypt at the foot of the obelisk.