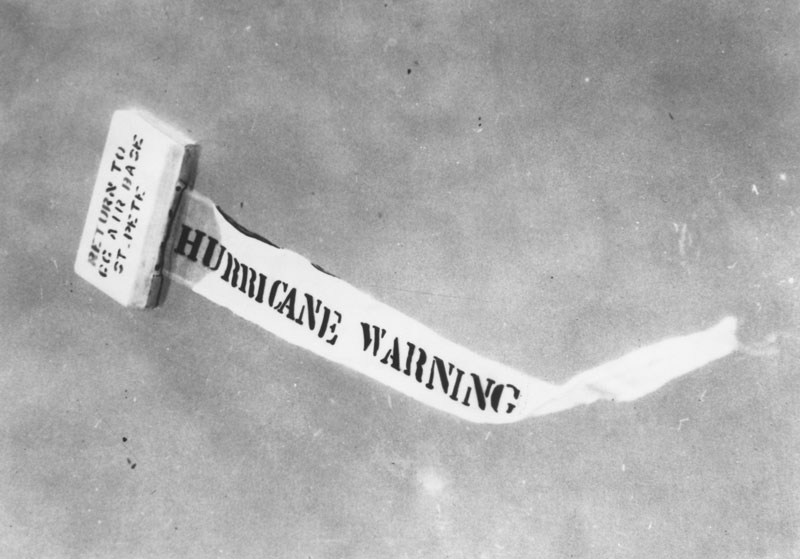 Friday, August 30: Key West reported 91 degrees with winds out of the southwest at 8 mph.

Saturday, August 31, 3:30 p.m.: “A tropical disturbance is moving in the general direction of Key West at 11 mph. The storm’s center is located near Long Island Bahamas. Shifting winds between 39 and 46 mph are reported as being sustained near the center.” An advisory is given for the Bahamas and ships in the vicinity.