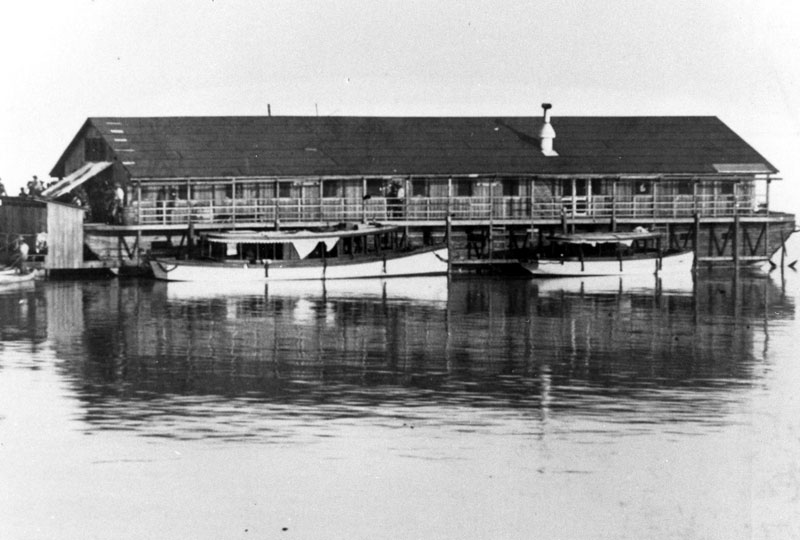 The October hurricane rose out of the Caribbean and crossed Florida in a northeasterly direction. The eye of the hurricane passed over Long Key on October 17, home to one of Flagler’s railroad work camps. Two houseboats used to house workers had been moored on the Gulf side of the island; each, secured with six mooring lines and an anchor, housed 150 men.

According to Mr. W.P. Dusenbury, it was 5 a.m. when the furies of the storm snapped the anchor chain and the two Long Key houseboats broke free. One washed out into the Gulf only to be pushed by winds and waves back to shore. House Boat No. 4, on the other hand, was driven around the tip of the island, blown out into the Gulf Stream, and pounded in the storm-driven swells until it splintered. Only 83 men from Houseboat No. 4 survived. Dusenbury, aboard the houseboat when the hurricane struck, recounted his tale when he was discovered out in the Atlantic, clinging for his life to a piece of wood, and rescued.