The steamboat St. Lucie departed Florida East Coast Railway’s terminal dock on October 17. The overnight trip to the Keys was meant to deliver both workers and freshwater for construction efforts for Henry Flagler’s Over-Sea Railway. The ship reportedly had no manifest and the actual number of passengers and crew is unknown. Sources suggest between 100-120.

The steamship’s Captain Bravo was also charged with using the St. Lucie to push a barge carrying freshwater to the Keys. After piloting the vessels through Biscayne Bay, Bravo handed over control of the St. Lucie to first mate Robert Blair and retired for the evening. Because there was no telegraph or telephone lines connecting Key West to Miami in 1906, when Captain Bravo left Miami, he had no idea a hurricane was moving up through the Keys. Bravo piloted the St. Lucie to the leeward side of Elliott Key around 3 a.m., anchored in seven feet of water, and attempted to ride out the storm. After the eye of the hurricane passed over Elliott Key and the St. Lucie, the ship began to splinter under the storm’s fury. Survivors adrift at sea clung to the ship’s floating debris. Survivors washing “ashore” clung to the mangroves as Elliott Key had been completely covered by tidal surge. The Miami Metropolis reported, “25 or more are dead, their bodies litter the shores and land of Elliott’s Key.” 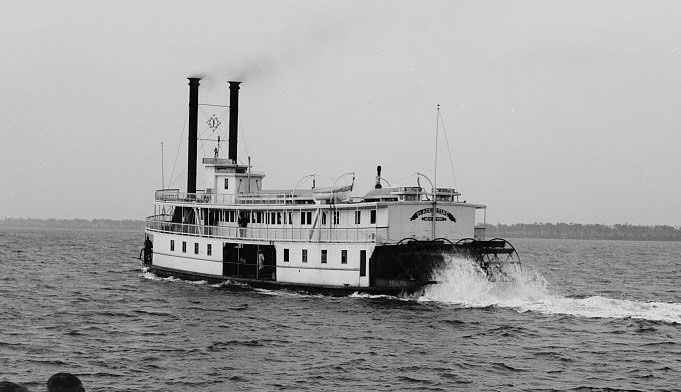